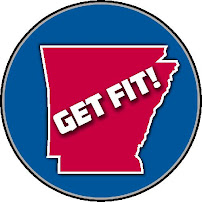 We Can Do It Together!

GetFitConway is a division of GetFitArkansas. Published by Arkansas Digital Media. All Rights Reserved 2015. 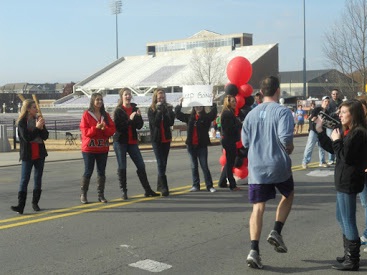 CONWAY ▬ Members of Alpha Sigma Alpha sorority from the University of Central Arkansas showed up in full force to hold the Race For a Reason 5K, an annual event that benefits Special Olympics Arkansas. The race kicked off and finished in front of the Farris Center at UCA on Saturday, Dec. 1 as runners and walkers from across the state showed up to participate in the event.

According to Ashley Hickman, special events coordinator for the sorority, “We’re just glad to be able to help. We started planning this back in September. We have about 70 members to coordinate and make sure everything gets done. There’s a lot that goes into planning and organizing an event like this. We’re really grateful to all the runners that participated and everyone that supported us. We’re also glad the rain held off. We knew there was a chance it would be cold and rainy, but it turned out warm. Everything has been great.”

Hickman, who ran in the race last year, was certainly not exaggerating about the amount of effort that goes into the event. In addition to promoting it, the race route itself had to be laid out and marked. They also set up staging and a sound system, provided music and refreshments, presented medals, and even directed parking. Sorority members also recorded official times of the runners as they cheered them across the finish line. All of the hard work paid off though. The sorority was able to raise $1270 from the event to benefit the Special Olympics. Miss UCA, Lauren Howell, was also at the race to lend support.

James Winnen, a coach for Special Olympics Arkansas, was at the 5K along with some Special Olympics athletes. According to Winnen, “This is really a great event. A lot of people don’t realize that we have things going on year round. There’s track and field, cross country, bowling, weightlifting, softball, volleyball, and even flag football. There’s always something going on. It’s not just one main event in the spring. These girls have done a great job organizing this. It really means a lot to all of our athletes.”

Without a doubt, the members of Alpha Sigma Alpha not only have a lot of energy, but they also have big hearts to match it. Bright and early on this Saturday morning, they came together for a common goal to help others, and they pulled it off with flying colors. This is a group of students that UCA, and the rest of Arkansas, can truly be proud of.